On Tuesday, Lifeline Hospitals in Chennai live-streamed an upper gastro-intestinal laparoscopy procedure on a 45-year-old man and a hernia repair on a 42-year-old woman to medical students seated two blocks away using Google Glass. 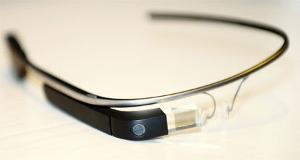 “It felt like I was glancing at my rearview mirror while driving. I was focusing on the surgeries and talking to my students at the same time. At one point, I stopped feeling it was an external device,” said Dr J S Rajkumar, chief surgeon of the hospital.

The surgeries were live-streamed on Google Hangout as well. Doctors say the gadget is yet another step forward in opening the doors of the operation theatre. “People need to know what is happening behind those doors. This is one more gadget towards that end. Students can see the surgical procedures through their seniors’ eyes, quite literally. This is a phenomenal surgical tool,” said Dr Rajkumar.

“We did face some practical glitches like problems with wi-fi and the battery dying early.”

Besides being an educational tool, doctors say the technology could be used to view X-rays, MRI images and other medical information as they conduct surgeries. It could also be used to connect with doctors in far flung places, provided their internet connectivity is good.

“The gadget could help professionals access data and communicate with colleagues far away, while getting feedback to improve efficiency and quality of patient care. The possibilities are endless, but at the end of the day any gadget is only as good as the user,” said Dr Sai Satish, consultant interventional cardiologist, Apollo Hospitals.

While some doctors say the device could soon become a fixture in operation theatres, some see it as a distraction. “It’s too early to celebrate this as a breakthrough in healthcare tools. Unless it is carefully vetted, it could be a disaster for patients,” said Dr R Ravi Kumar, director, institute of cardiovascular disease, robotic surgery centre at Chettinad Health City.

What is Google glass?

Google Glass is a wearable computer that has a frame similar to traditional eyeglasses. It follows voice commands to take photos and videos that show the viewpoint of the user. 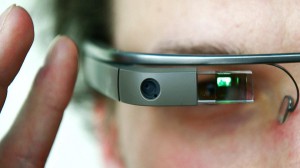